Traditional marketing is the act of placing an advertisement somewhere in hopes the right people come across it. In 2016 (almost 2017) that doesn’t make a whole lot of sense to me. You can spend tens of thousands of dollars building what you think is a palatable brand but if the communication channel relies on hope and luck, it really won’t matter very much. TV, billboards, radio, newspapers, and even some traditional digital channels like pre-roll (those annoying videos that prevent you from watching a video) and Adwords are so reliant on luck, it makes little sense to capitalize those efforts today.

I am often asked why I say that luck is required to be successful in the old marketing paradigm. It’s simple; these channels have little to no way to identify the audience they speak to anymore. They claim to target a ballpark demographic and based on very specious analysis, they claim to hit a target audience but the reality is that they have no idea who is reading the paper and they certainly have no idea who is watching TV (at least which channel). You think billboards are effective? Drive down any busy road and tell me what people are doing in their cars. Hint: it rhymes with tart cone. That’s right, smart phones now dominate the commute. So where should your ad be?

| TV, billboards, radio, newspapers, and even some traditional digital channels like pre-roll, and Adwords are so reliant on luck, it makes little sense to capitalize those efforts today.

In 2017 consumers and B2B decision makers will likely demand more relevance, not less. They will likely need to be delivered very targeted messaging surrounding products they are specifically interested in if you are going to be successful driving conversions. I have 350 channels at home. Which one will you reach me with? I’m 40 and do not read the paper. I get my news from a myriad of online sources. Magazines? Ha! No chance. The content I want is online, on my iPad or iPhone. Now pay attention to what I just wrote, I’m 40. Not 26. I make decisions. I spend money. How will you target me in 2017?

The answer is both simple and complex; data. But we will save that for another conversation.

We are a digital marketing firm specializing in identifying, targeting, and converting your ideal audience. We’re also passionate enough about this stuff that we just can’t stop talking (or writing) about it. Check out our blog to learn more about the ins and outs of digital marketing done right. 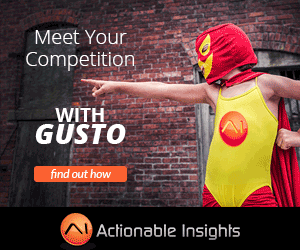